In early 2010 the Fox Restaurant Concepts team had just launched Modern Steak, its largest and most opulent concept to date. For their next project they wanted something completely different. Hear from three of the early team members about the origins of Culinary Dropout and what has made it such a beloved place to dine and work.

Culinary Dropout was such a departure from what had been done previously, how did the concept come about?
[Clint Woods, VP of Culinary Ops]: The initial idea came about on a whim almost… the exact opposite approach we took with Modern Steak. With Modern Steak we planned about 4 ½, 5 years out. Culinary Dropout was on a whim and we were going to do everything the opposite way that we did at Modern {Steak}. We were going to open with no training, we weren’t going to have a lot of rules, we weren’t going to have uniforms. There wasn’t a lot behind it, except we knew we were going to have some fun. Modern Steak was a little bit stuffy, really high end. We wanted it to be a little bit more of a fun kind of drinking place, more our kind of scene.

[Amber Haddad, VP of Brand Development]: At the time too, Sam was living upstairs in the condos at Waterfront. It was kind of like a watering hole for him. He wanted a great place to hang out and that’s what he created for himself… and everyone else.

[Mat Snapp, Beverage Director]: A lot of the initial concept development was done by a guy named Frank Giacomini along with Sam and Clint. They sat around and talked about the huge culture around vinyl and sneakers. It was before the word hipster really hit home but that was the vibe. It was this feeling of very well thought out, well designed dishes that weren’t complicated, they were just better. It wasn’t tweezer food and didn’t have too many esoteric ingredients. It was just meatloaf like your mom used to make, but the best meatloaf you’ve ever had.

How did the initial menu come together?
[Clint]: Well, we had a lot of time to think about it…. a full 24 hours. That’s what it felt like anyway. I mean, we really didn’t work on the menu until two or three days before we opened. We had a lot of ideas just jotted down, but weren’t feeling great about anything. Nothing was working out.
So, we starved ourselves for a day and then that’s how we came up with ideas. Like, “What are you hungry for right now?” A little hungover, you know. A little starved from the day before. Pretzels and cheese. Could we do a better version of the Big Mac? Could we do this? Could we do that? That’s how the menu came about.

Usually when you are working on a menu you want to make the recipes 30, 40, 50 times. Well we weren’t doing that. We got lucky if we got one down that we liked. And uhm, literally the day we’re opening with guests in the building, we were still changing things on the menu. But it was fun, it was really cool, and the food came out great! It kind of all came together last minute. Definitely not an easy opening. 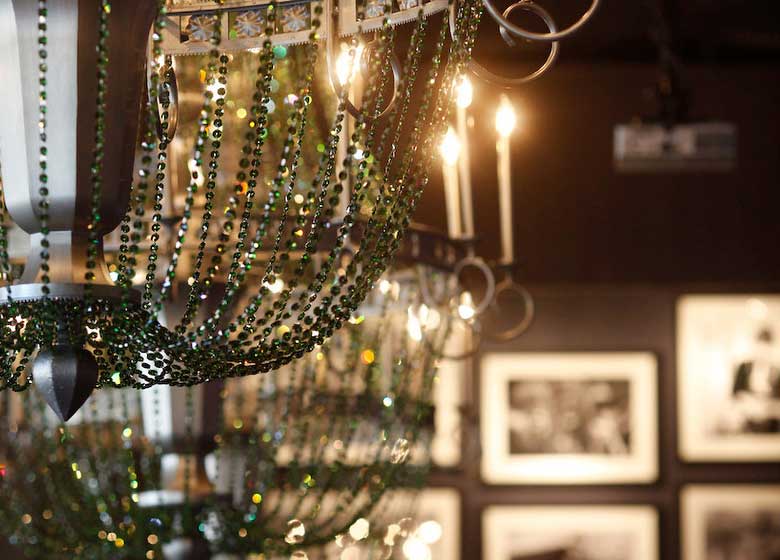 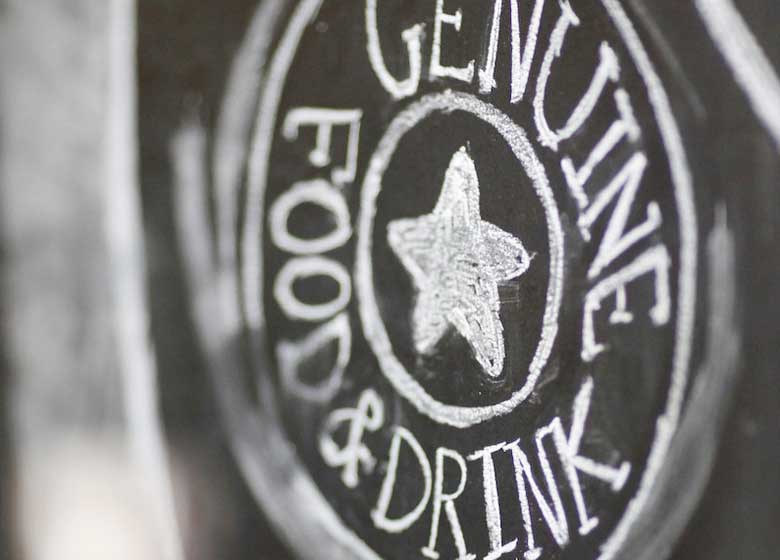 Has the menu changed much since then?
[Clint]: It probably has a little bit wider variety of dishes now. It was very American in the beginning, yet, still had a lot of Old World cheeses and meats, and things like that. Now it has a lot more spice and different ethnic flavors and influences built into the menu. But the heart of the menu is pretty much the same. The meatloaf is still incredible, the fish and chips haven’t changed from day one. The fried chicken hasn’t changed from day one. The ribs, the turkey pastrami, none of those have changed, ever.

And how about the cocktail program, what was the approach there? How did you build those first cocktail menus?
[Snapp]: We used a couple of consultants out of Los Angeles in the beginning and they gave us a menu that was great but it was way too big and way too outside the comfort zone for Phoenix in 2010. There were probably only five people in the entire city or state that were drinking like that, that were toasting fennel seeds to make a syrup or filling raspberries with Averno. The menu they put together was built for show, it was meant to be this show pony instead of a workhorse and CDO really needed a cocktail program that was a workhorse.

So a gentleman named Eric Carfagnini and I took over the menu from the consultants and if we saw something wasn’t working, then we ditched it and made changes in real time. Working on that menu with Eric and with Regan (VP of Beverage) was one of the largest building blocks for where I am now. What I do now is look at a menu and make sure that it’s got excitement and allure and it can be executed and it can be well represented and it doesn’t alienate people. Alienation is the first key to losing your core.

You’ll probably remember that everyone was making fun of the term mixologist at the time because it was a 20 minute cocktail every single time, you could only make three cocktails an hour. If it takes longer than five minutes, you’ve lost it for our very short attention span kind of society. If you’re inside that five minutes then the customer enjoys it that much more, you never have that moment where they go, “where the hell is my drink?” And that guy over there, he’s got a weed whacker and an ice chisel, he’s making it for you. It’ll be here in 20 minutes. No, that was never going to work, we couldn’t do that. The menu is almost engineered to prep hard and execute easily. We prep hard so we can execute easy and take care of our guests.

Our group of guests at culinary dropout want so badly to have back porch cocktails most of the time and I think you’d agree that most people, if they had a backyard like ours and people that would bring them drinks and pretzels, they would never leave. Ultimately we just keep in mind when we’re building wine lists, beer lists and working on the cocktail menu, that people want comfort, they want to be hugged and loved. And that’s what we strive for.

In terms of service then, for a restaurant group so well known for great hospitality, how did you take that laid back, irreverent vibe that came from the space and from the food and drink, and translate that into the style of service?
[Amber]: Well in the beginning Clint talked about no rules, right? No uniforms, kind of like dress everything down. Plus there was no strict discipline and routine like there was at Modern Steak. But at the same time, we’ve got to deliver this great feeling and experience because that’s just what FRC does, and so we wanted to continue that just in a different way. So, I think Culinary Dropout always walks that fine line between being irreverent and having attitude but also being really nice. So it can be laid back and kind of broken down and human. Our tagline is Genuine Food and Drink. Everything is genuine. When I think of Culinary Dropout, I think of people being self-taught and people taking things very seriously but nothing is pretentious. Everything is just really good. I don’t think it’s more complicated than that. As far as the staff goes, we don’t want to typecast Culinary Dropout as a place for people with mohawks and tattoos. But does it draw those people? Yeah, it does. But I think it’s a little bit of the no uniforms and the bar scene and the spirit of the place.

[Clint]: Well it’s just fun too. It’s a very fun environment. You don’t have somebody following you with a very formal way of serving. It’s just a fun, family kind of place, like if you had friends over to your house. It’s very much the same vibe.